On October 15, 2006 while Juvelyn Tawa-ay, Lucy Canda and the driver Victorino Segura were in a motorcycle, they were illegally arrested without warrant by military men belonging to the 36th IB. Immediately after the inquest proceedings, criminal cases were filed against them and they were detained at the BJMP Bislig City Jail.

Arraigned on October 31, 2006 assisted by Atty. Mamerto Alciso, the three pleaded not guilty. After arraignment their counsel indicated that he cannot win their case and told them to consider pleading guilty.

Initial trial of the case was made on February 8, 2007 after 3 postponements. In the month of January, their counsel told them that he finds their case difficult to defend and without informing them he, had already gotten into bargaining with the Batallion Commander of the 36th IB regarding their case.

In their conversation with Atty. Alciso, Alciso convinced them to plead guilty to the charge so they would get lower sentence. He also indicated that one of the accused, the driver of the vehicle, would be testifying against them reiterating what the military said that the driver has already become an asset of the military withdrawing the case against him.

Since their detention at BJMP Jail, Bislig City, they were not allowed visitors except only their parents and the counsel so they did not have the chance to ask for any advice. After hearing all the insinuations and advices of their counsel, they were pressured and confused. With no one to ask for advices except the lawyer who have already sold them to the military, they were constrained to plead guilty for the charge of rebellion and thus sentenced to suffer  the penalty of 12 years and one day to fourteen years.

After the commitment order issued by the Court on March 12, 2007, they were immediately rushed to Metro Manila through a helicopter. Victorino were brought to the New Bilibid Prison while Juvelyn and  Lucy brought to Correctional Institutions for Women. 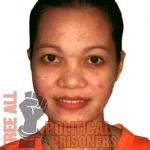 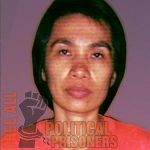 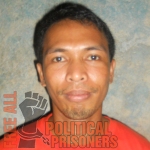